Colin Watson formed Cottenham Brass in 1974, with the help of a few young friends playing well-worn instruments, borrowed music and a lot of enthusiasm.

During their very short history, Cottenham Brass has grown in membership and reputation. Made up of amateur music makers from a wide variety of backgrounds, the band is self-funded and works hard to entertain audiences; gaining national recognition from providing quality entertainment and brass band concerts.

Not only have these concerts provided sufficient funds to purchase new instruments, uniforms and a well-stocked library of music, they have enabled both local and national charities to benefit from donations of many thousands of pounds.

The band enters at least one contest each year. This, together with guidance from professional brass band teachers, assists the band in improving its musical standard, while still keeping the 'fun' element of brass banding.

In 2000, the band recorded two tracks for a CD entitled "Millennium Brass". This was a compilation of music from seven brass bands in and around Cambridgeshire during the year 2000.

Colin Watson was conductor and bandmaster of Cottenham Brass for the majority of its first 32-year history, only handing over the baton on a couple of occasions to take a well-earned rest. He handed his baton to Andrew Parsons in October 2006. 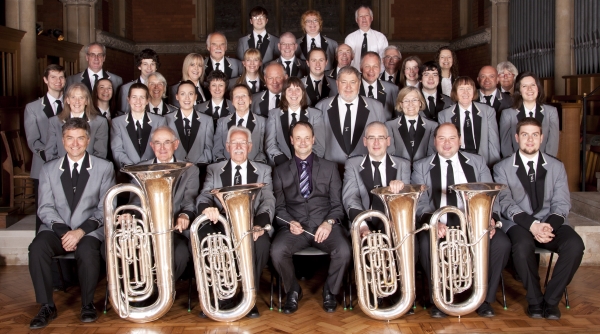 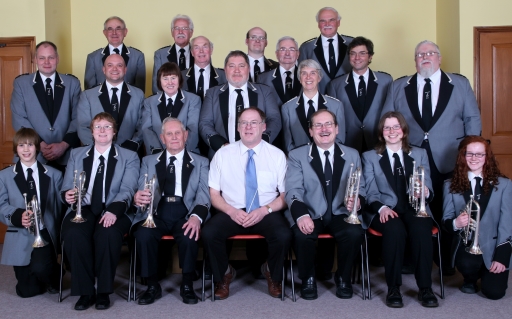 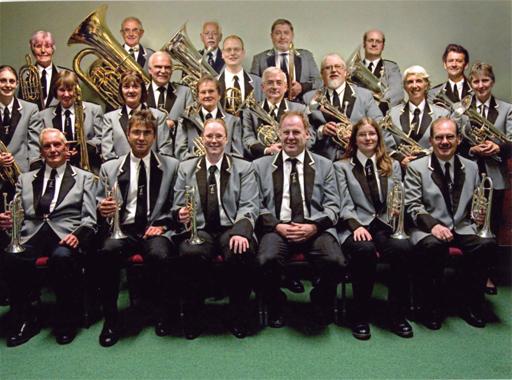 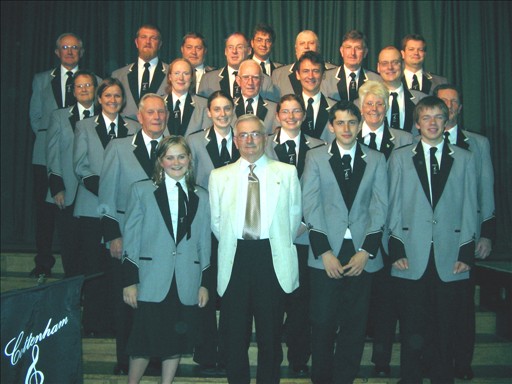 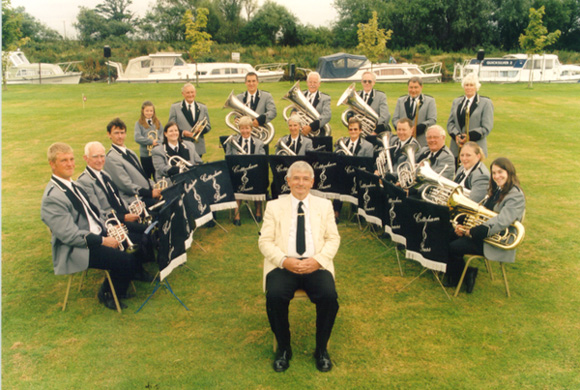 This photograph of Cottenham Brass Band was taken on Sunday 15 July 2000 when we played for Cambridge Motor Boat Club, Clayhithe, Waterbeach, Cambridgeshire.